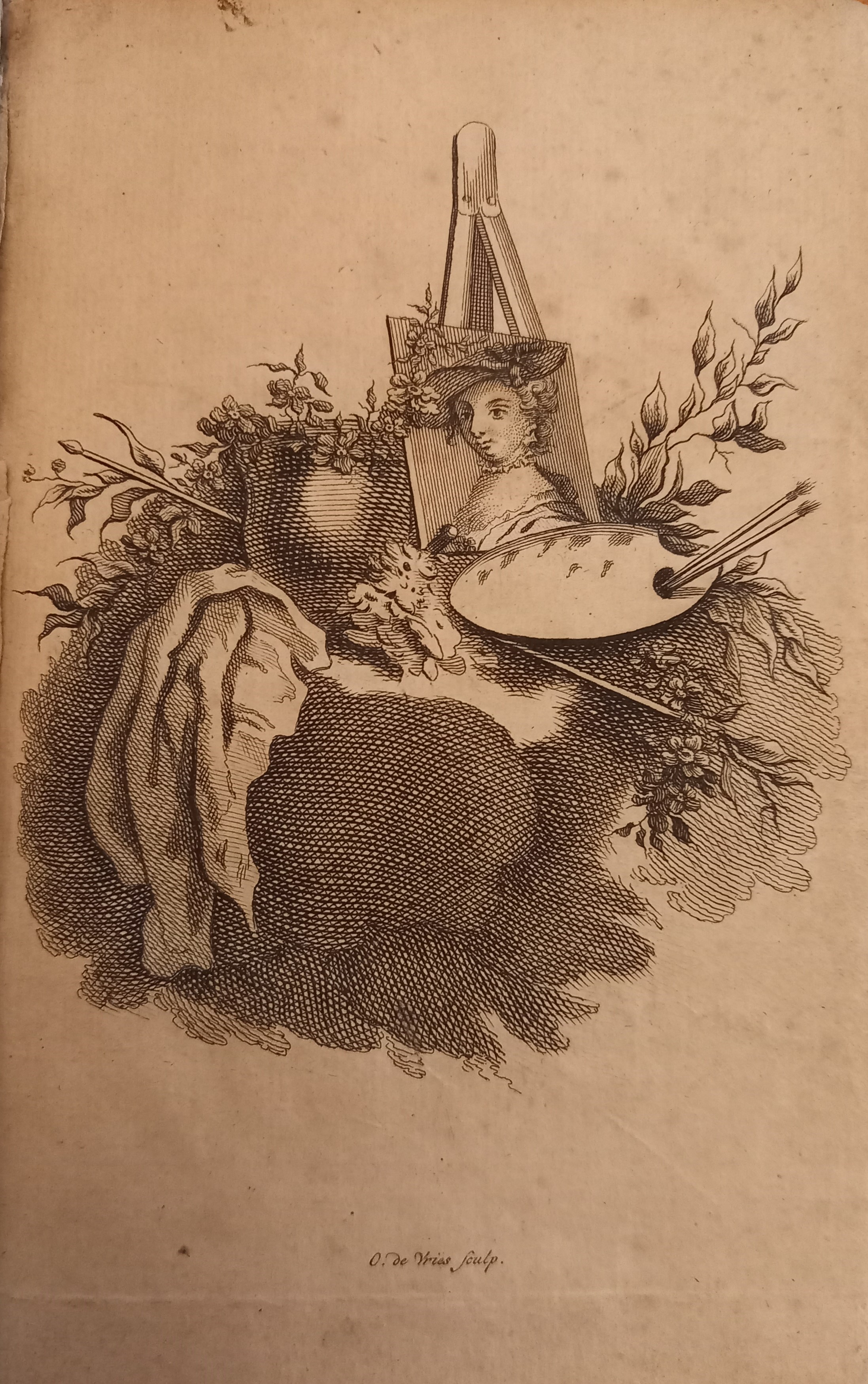 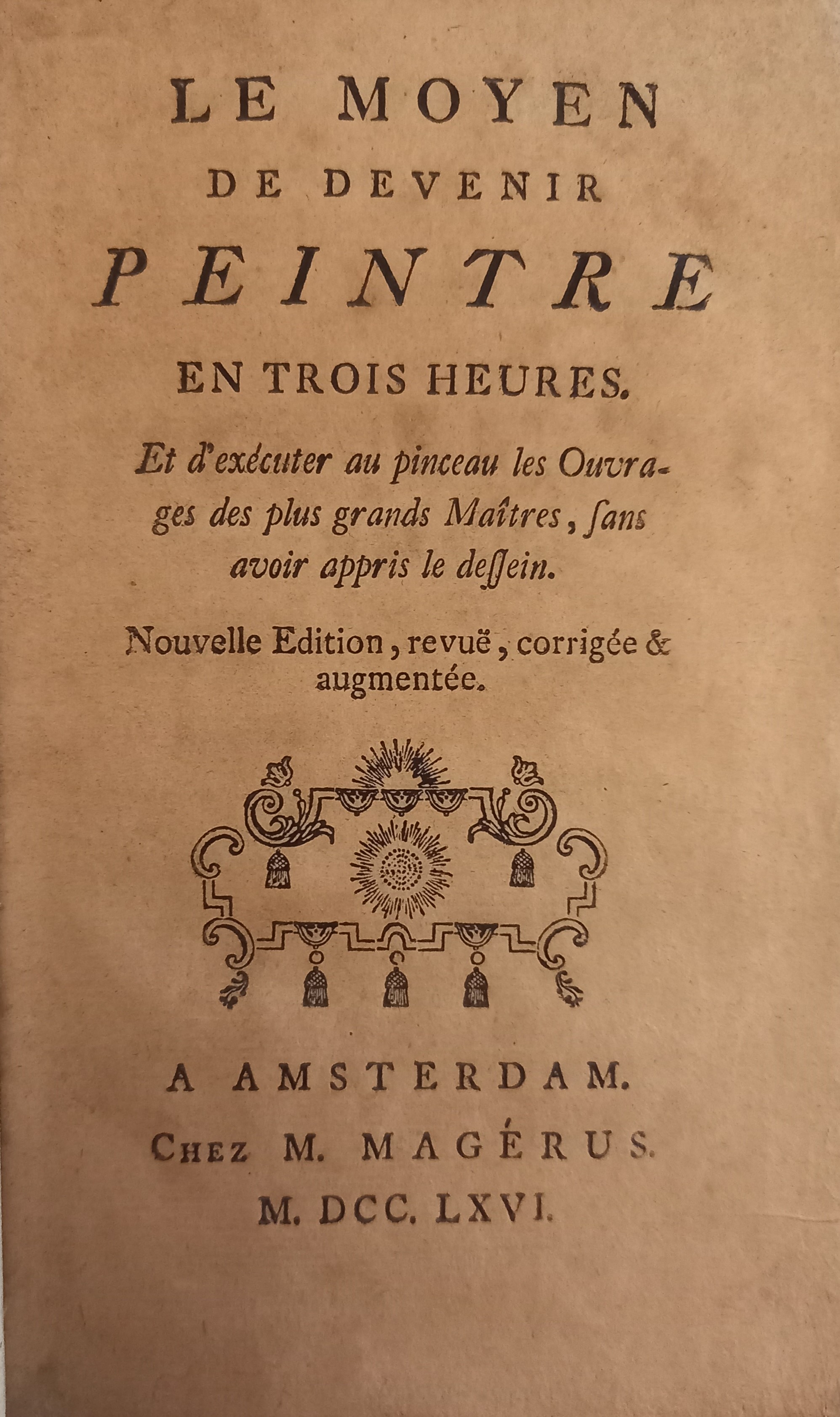 François-Xavier VISPRÉ Le Moyen de devenir peintre en trois heures, Et d'exécuter au pinceau les ouvrages des plus grands maîtres, sans avoir appris le dessein. Nouvelle Edition, revuë, corrigée & augmentée Amsterdam, M. Magérus, 1766. 8vo. [2 =front.]. viii, 132, [4 =index]. Engraved frontsipiece by O. de Vries. Contemp. halfleather binding. First edition with illustration. (Two earlier ed. without ill., the first dating from 1755.)
A treatise on miniature painting on glass, in the form of a dialogue between the author and his female pupil, a marquise. Vispré's method was based on the transfer application of an engraving to a glass or mirrored surface, allowing the amateur artist to make superb reproductions in 'under three hours'. When this edition appeared, Vispré had settled in London making his way as a successful portrait painter and miniaturist, exhibiting first with the Society of Artists and then quite frequently at the Royal Academy. Apart from Vispré being a painter and tutor, he was also supplier of artists' materials, so his book might as well be some kind of advertisement.

€ 550 View exhibitor's highlights
Back to Top