Published by Petrus Kaerius in his Germania Inferior of 1622 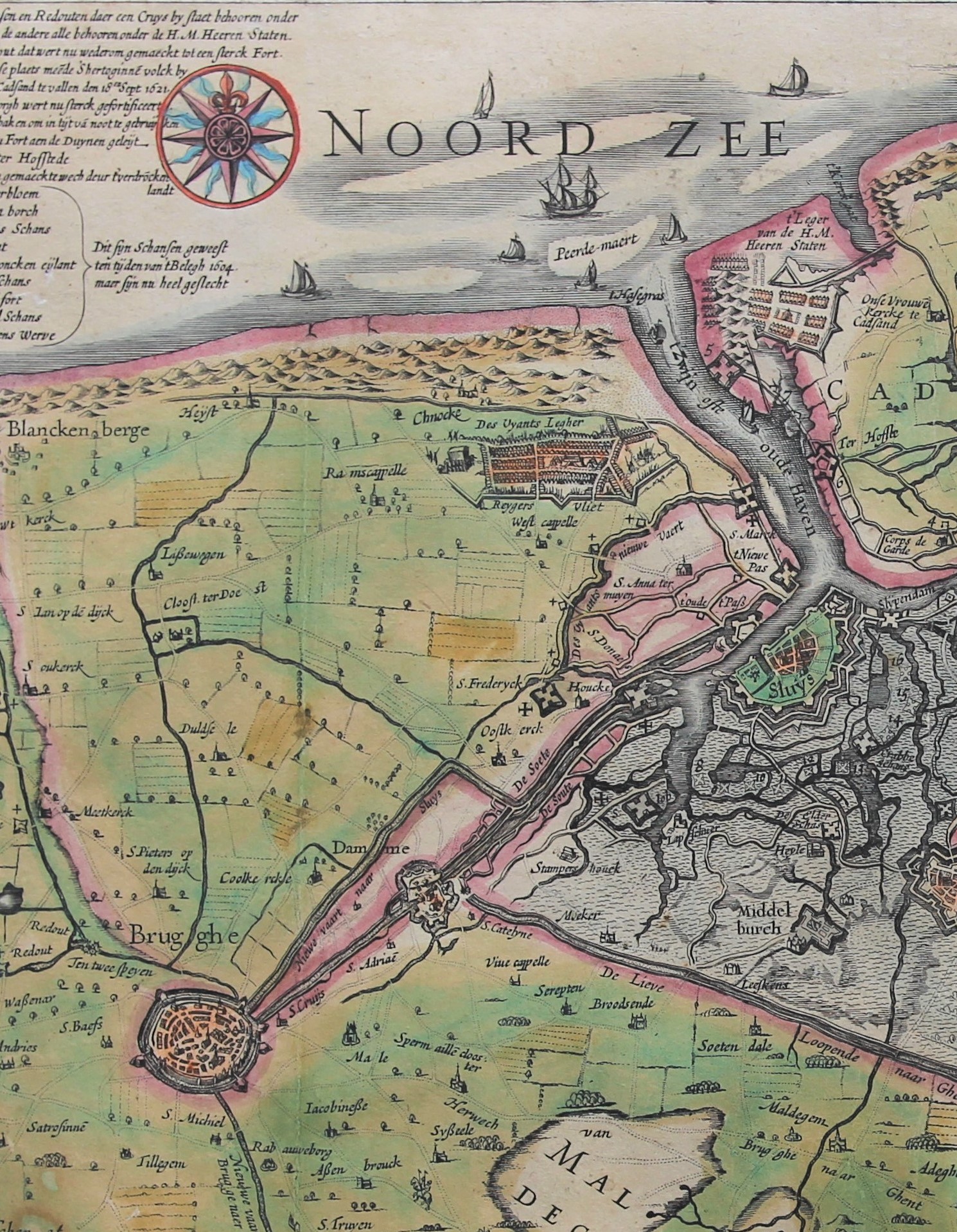 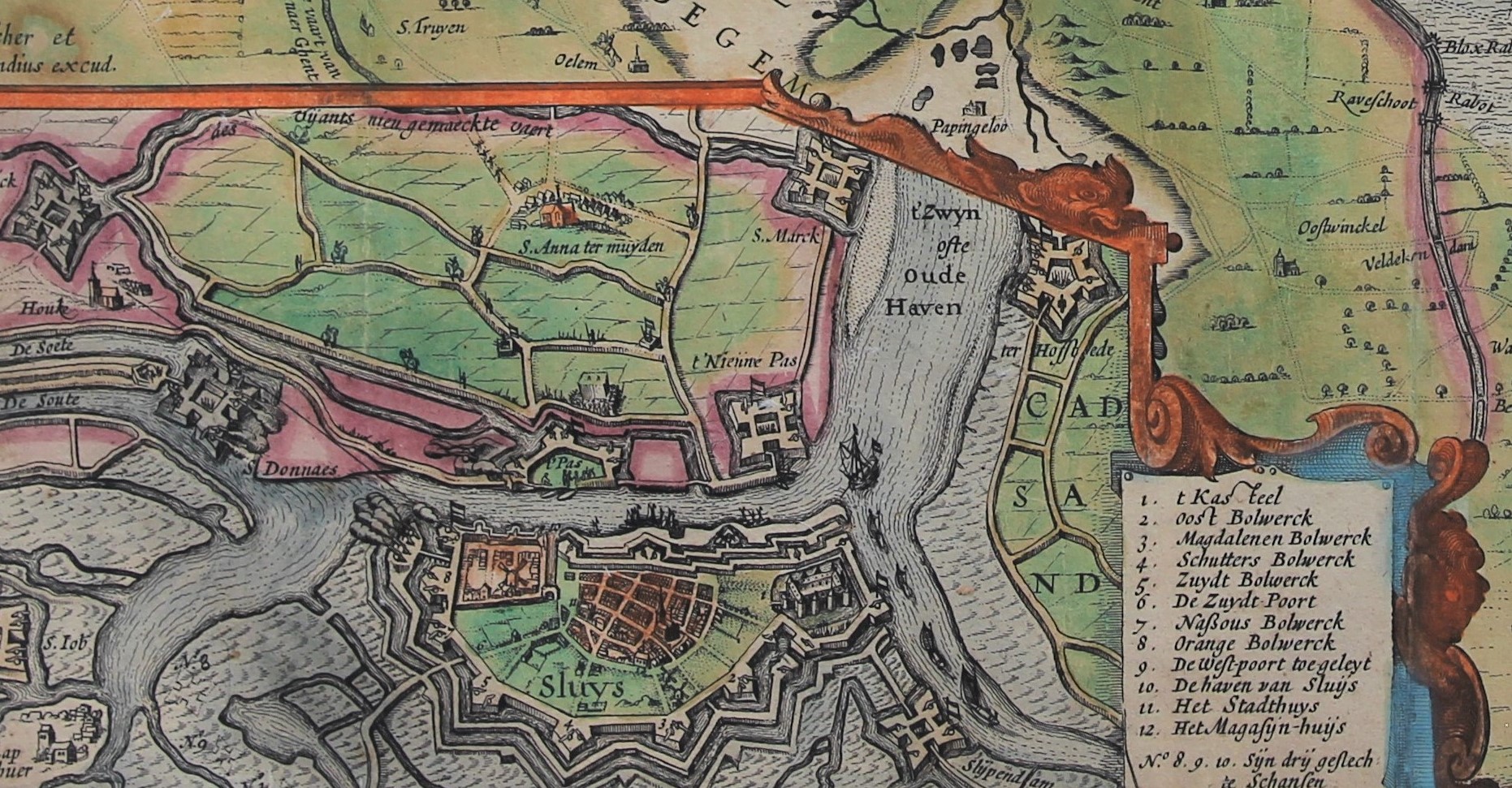 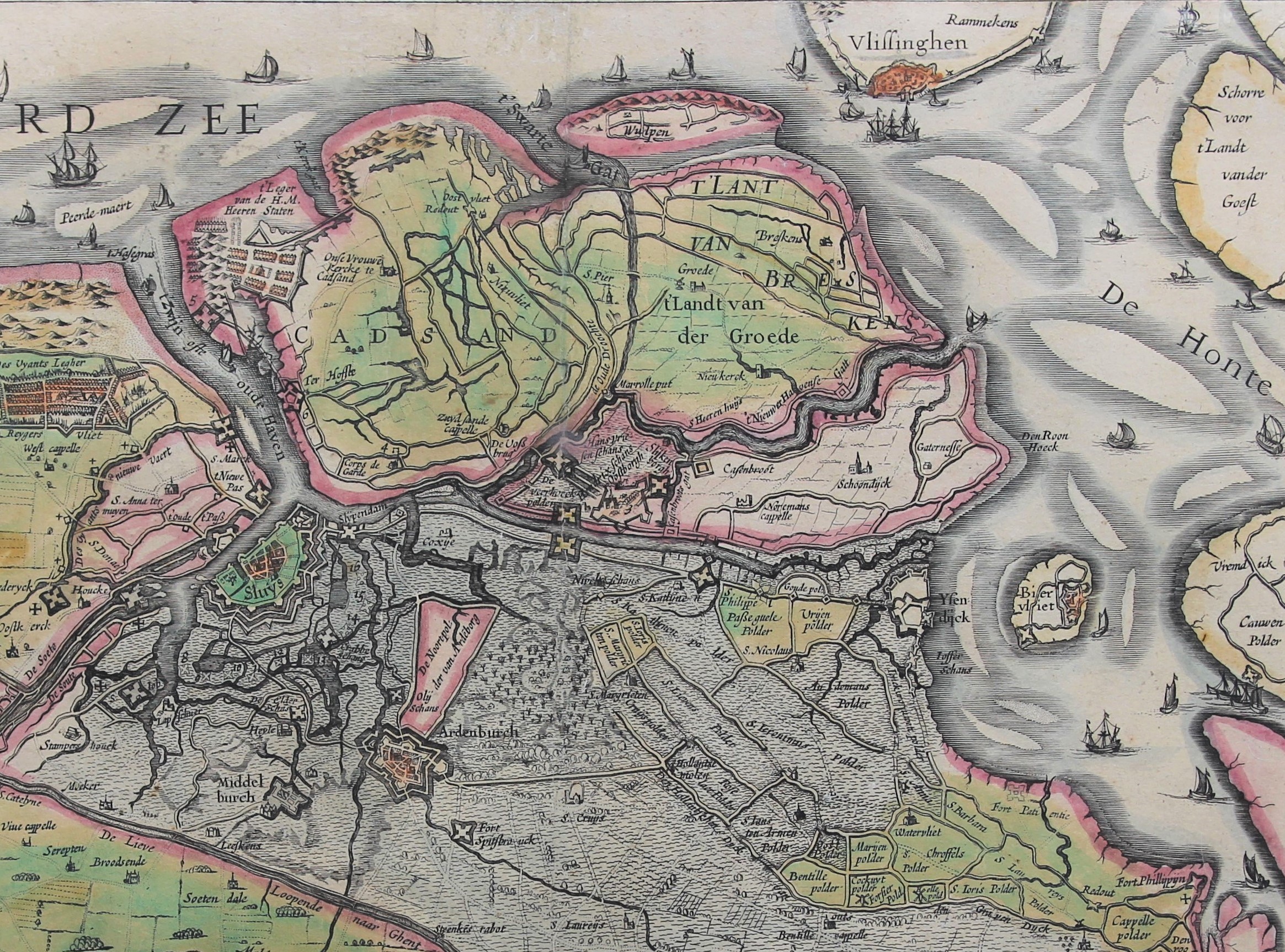 C.J. Visscher Brugse Vrije The battle for Sluis determined the fate of Ostend

This map from 1622 was not intended as a war map, but it nevertheless shows the state of affairs well. The Brugse Vrije (the area around Brugge) was a popular cartographic theme that was depicted several times. The inset of Sluis is particularly striking, where the positions of the warring parties are clearly displayed. On April 25, 1604, a fleet of 11,000 revolutionary soldiers left from Vlissingen to the island of Cadzand. They conquered the island, but they could not cross the Zwin to reach Sluis. So, they tried to come in from the East: IJzendijke fell on May 10, 1604, followed by Aardenburg on May 12. Maurits van Nassau then tried to capture Sluis, from where Spanish galleys hindered the supply of the long-beleaguered Ostend.

Spinola stormed the Oostburg line, but his men suffered great losses on the banks of the Coxysche Gat and the Zwarte Gat. With this, Sluis was lost to the Spaniards and on August 19, 1604, its capitulation followed and the Spanish soldiers withdrew from the city, but Maurice?s troops did not advance further to Ostend. They now had a bridgehead in Flanders, where, in addition to the Land van Axel, they also occupied the Land van Cadzand. However, the capture of Sluis would come too late for Ostend.

The inset of the map shows the Spanish fort S Danaes diagonally opposite and ?shooting towards? Sluis. The ramparts of Damme, completely redesigned by the Spaniards, between 1615 and 1620 are clearly visible.

€ 2.500 View exhibitor's highlights
Back to Top