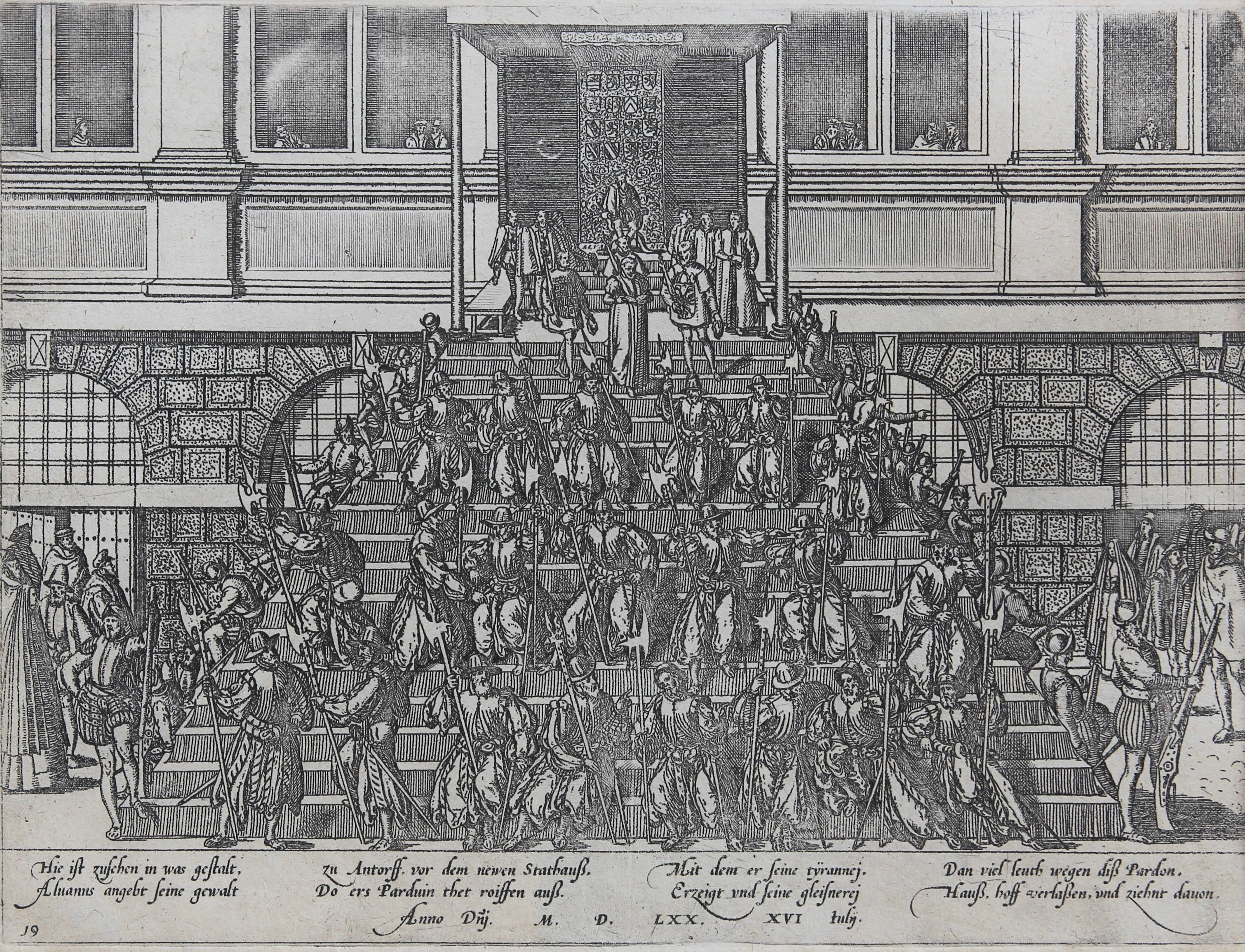 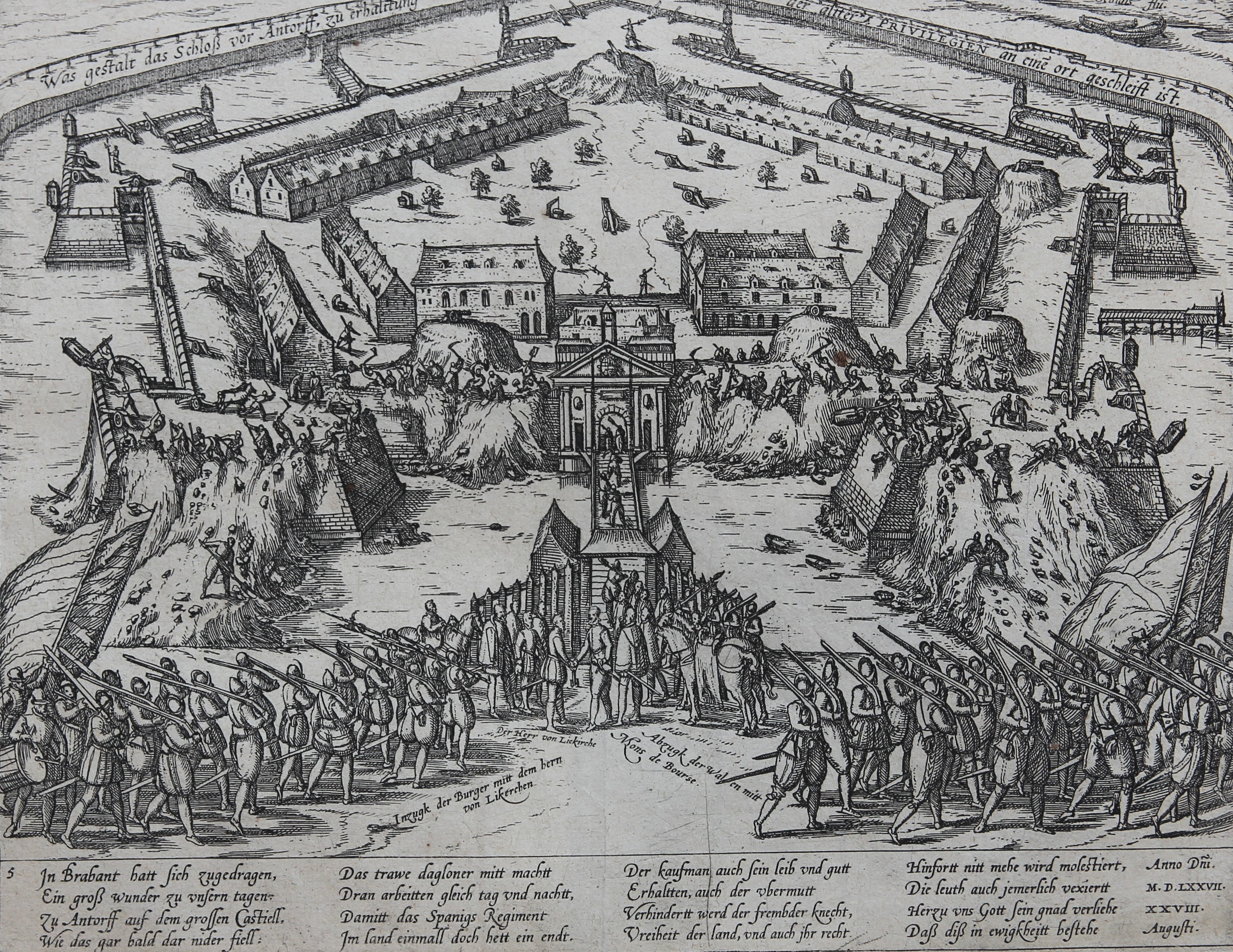 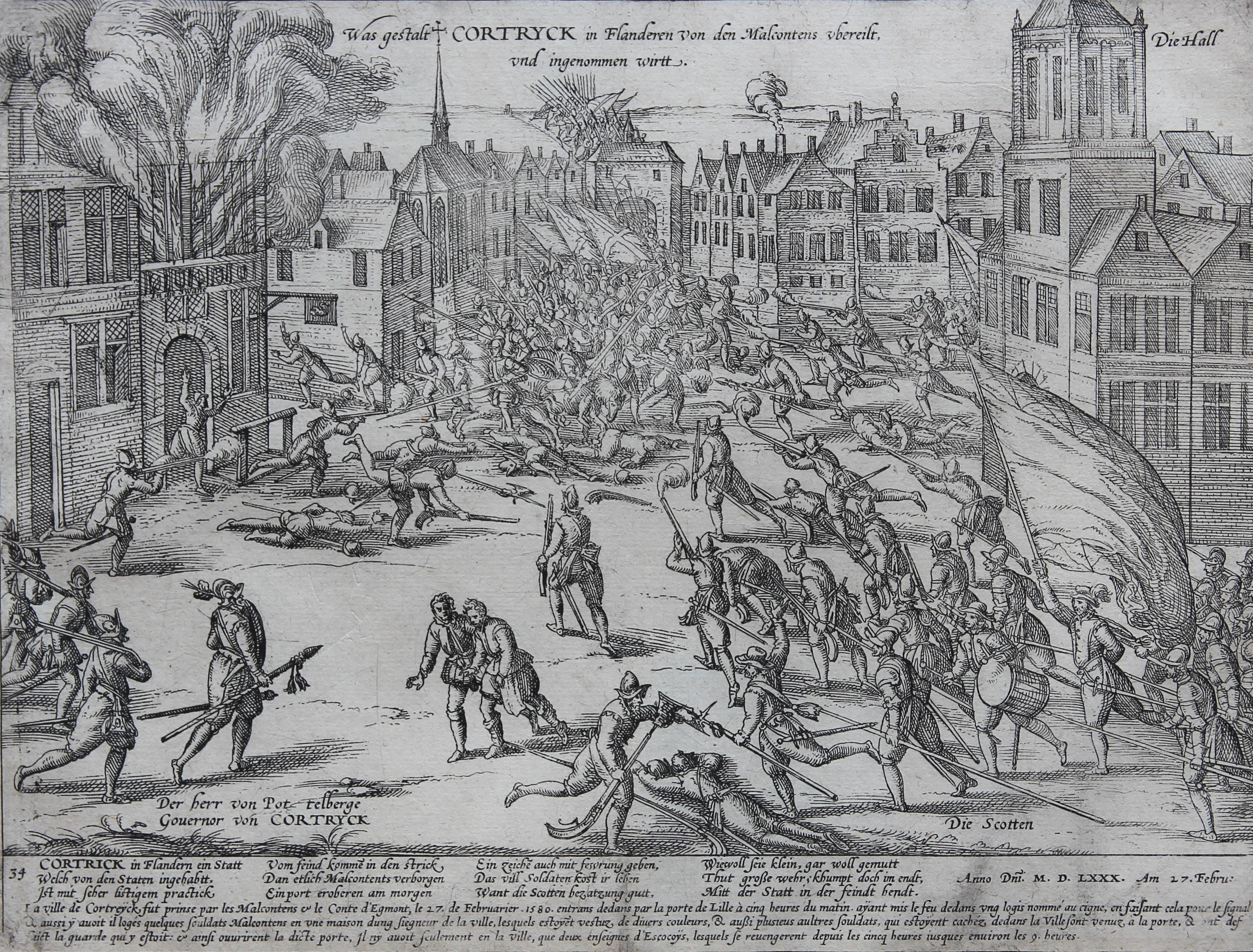 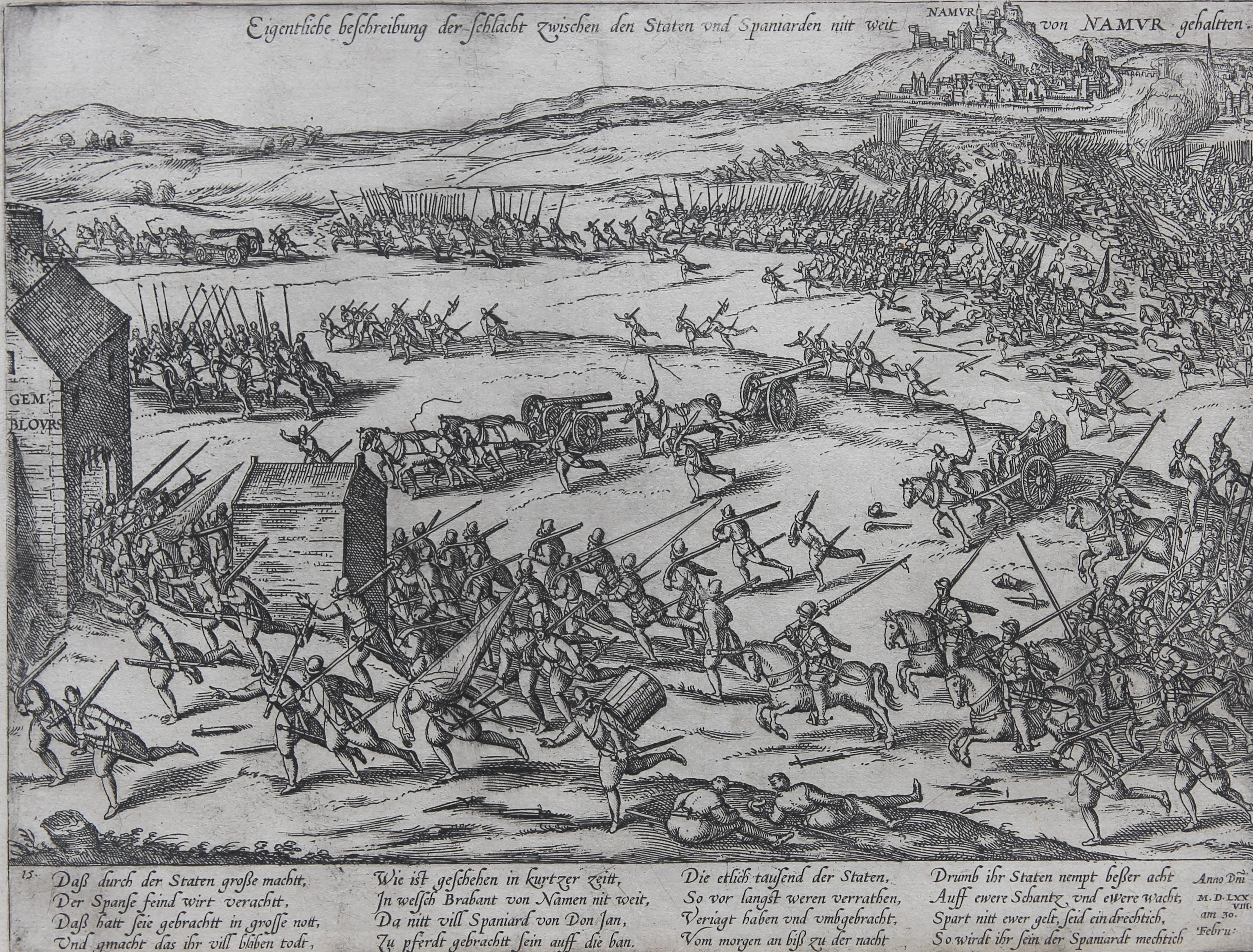 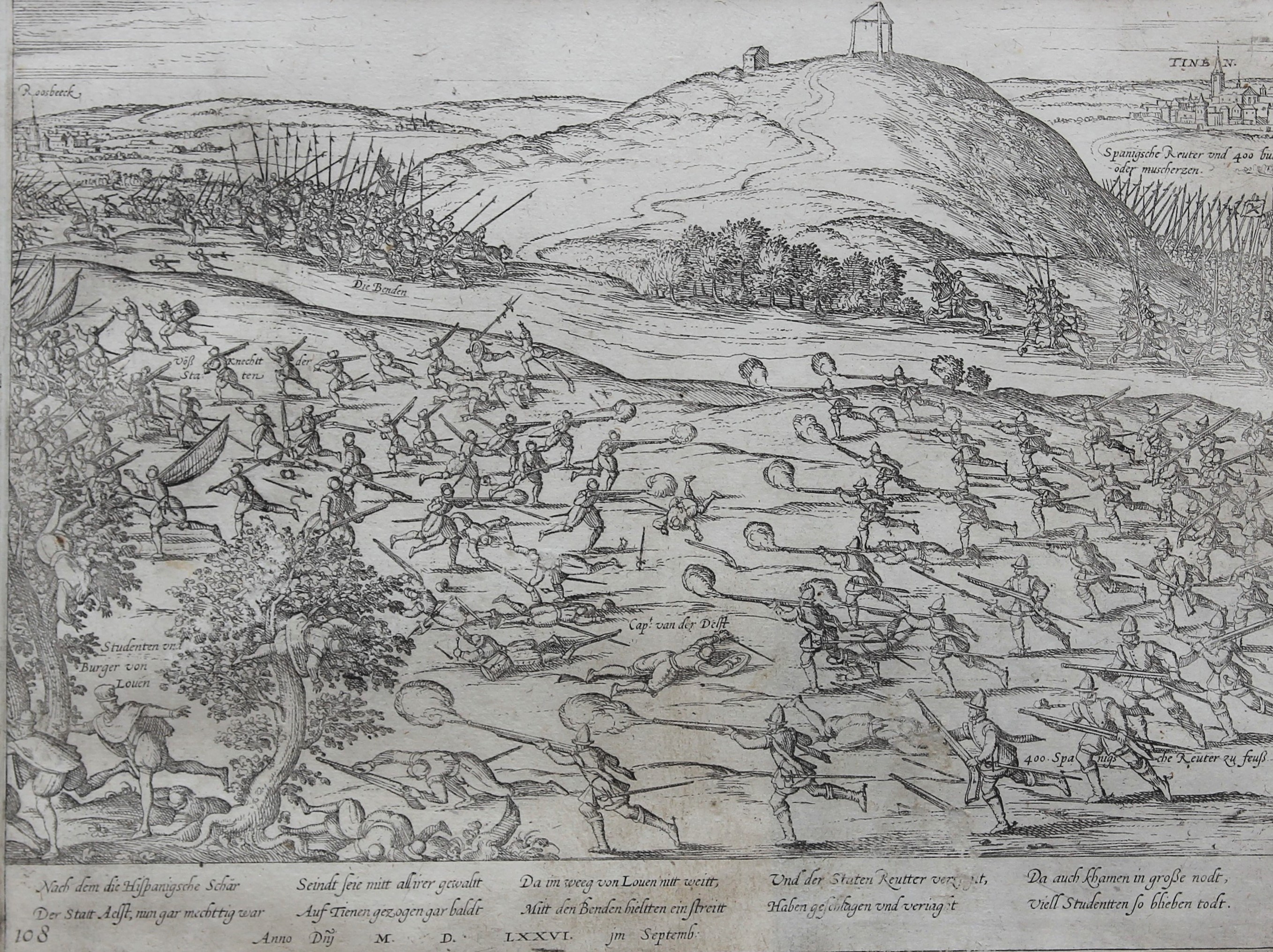 Frans Hogenberg Selection from his Geschichtsblätter The publication of news prints was already in vogue in the 16th century before Hogenberg published his well-known Geschichtsblätter. In printing houses in Rome (Lafreri) and Venice (Gastaldi), the cartographers also published these such news prints. The preferred topics were then-current political or military images. Publishing news prints actually went hand in hand with the publication of maps.

Hogenbergs Geschichtsblätter are a collection of several hundred history papers that Frans Hogenberg and his son Abraham published between 1569 and 1637. The central theme is the Eighty Years? War (1568 ? 1648), but some views also show the French Religious Wars (1559 ? 1573) and the English dynastic disputes. The Geschichtsblätter illustrate in an almost photographic way an act of war with a German caption at the bottom, sometimes in verse form, dating the fact. They provide both a visual and a narrative picture of the evolution of the war. The different engraving styles show that several engravers contributed to this work in the studio of the Hogenberg family. The Geschichtsblätter were sold loose-leaf and were popular.

Several editions of the Geschichtsblätter are known with varying numbers of pages and varying comments.

Each view if fully described on our website: CartaHistorica.com


€ 175 View exhibitor's highlights
Back to Top