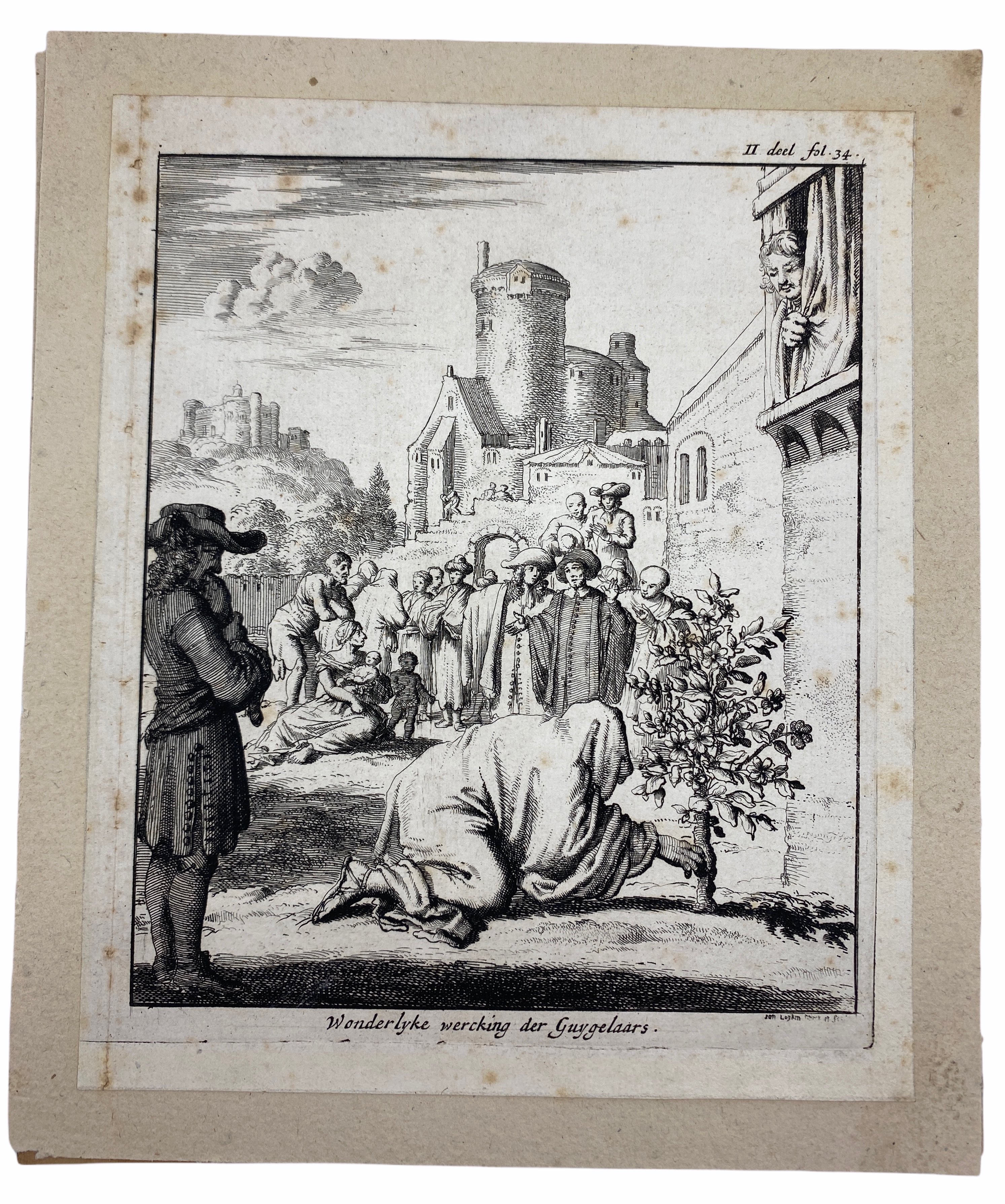 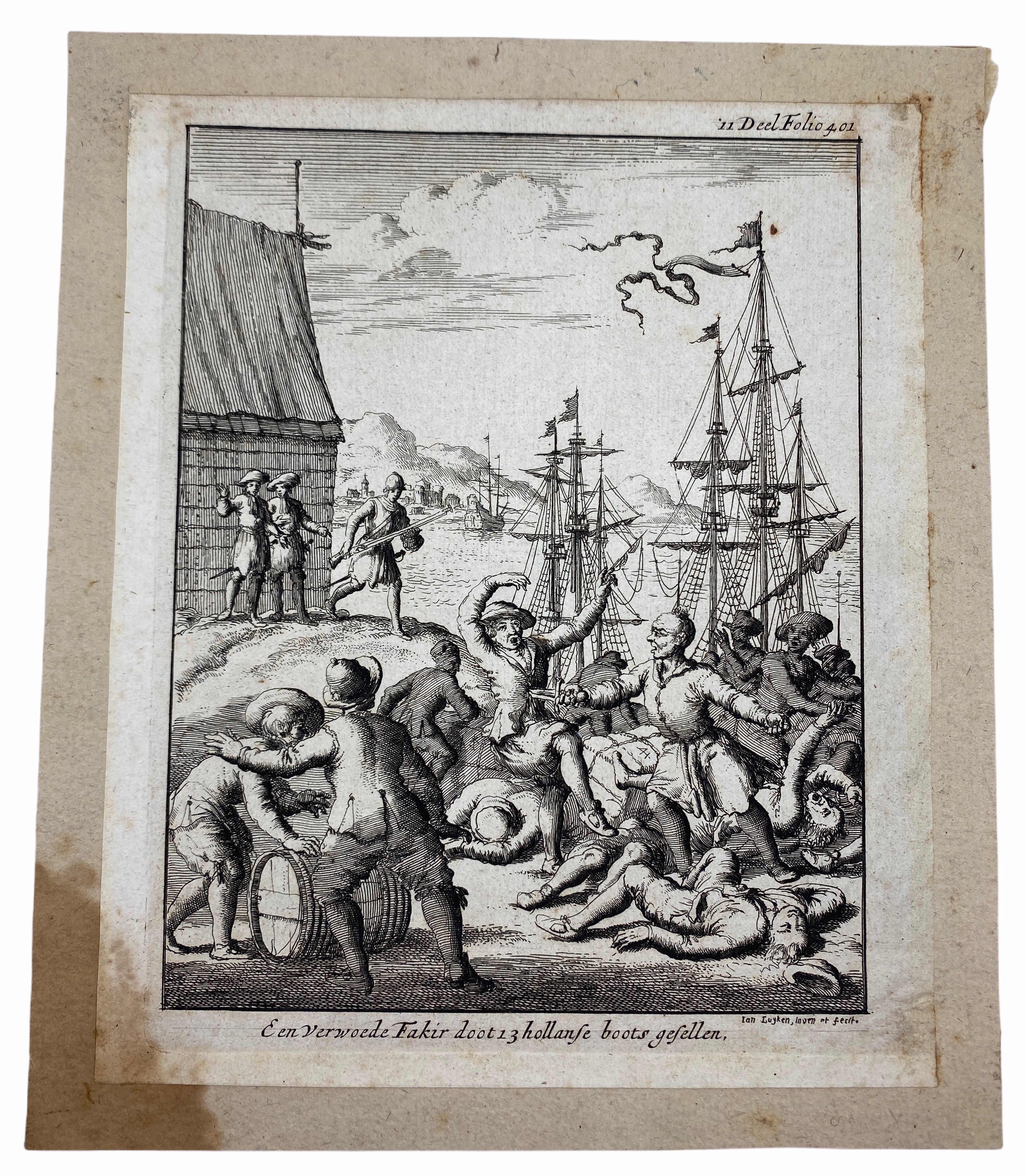 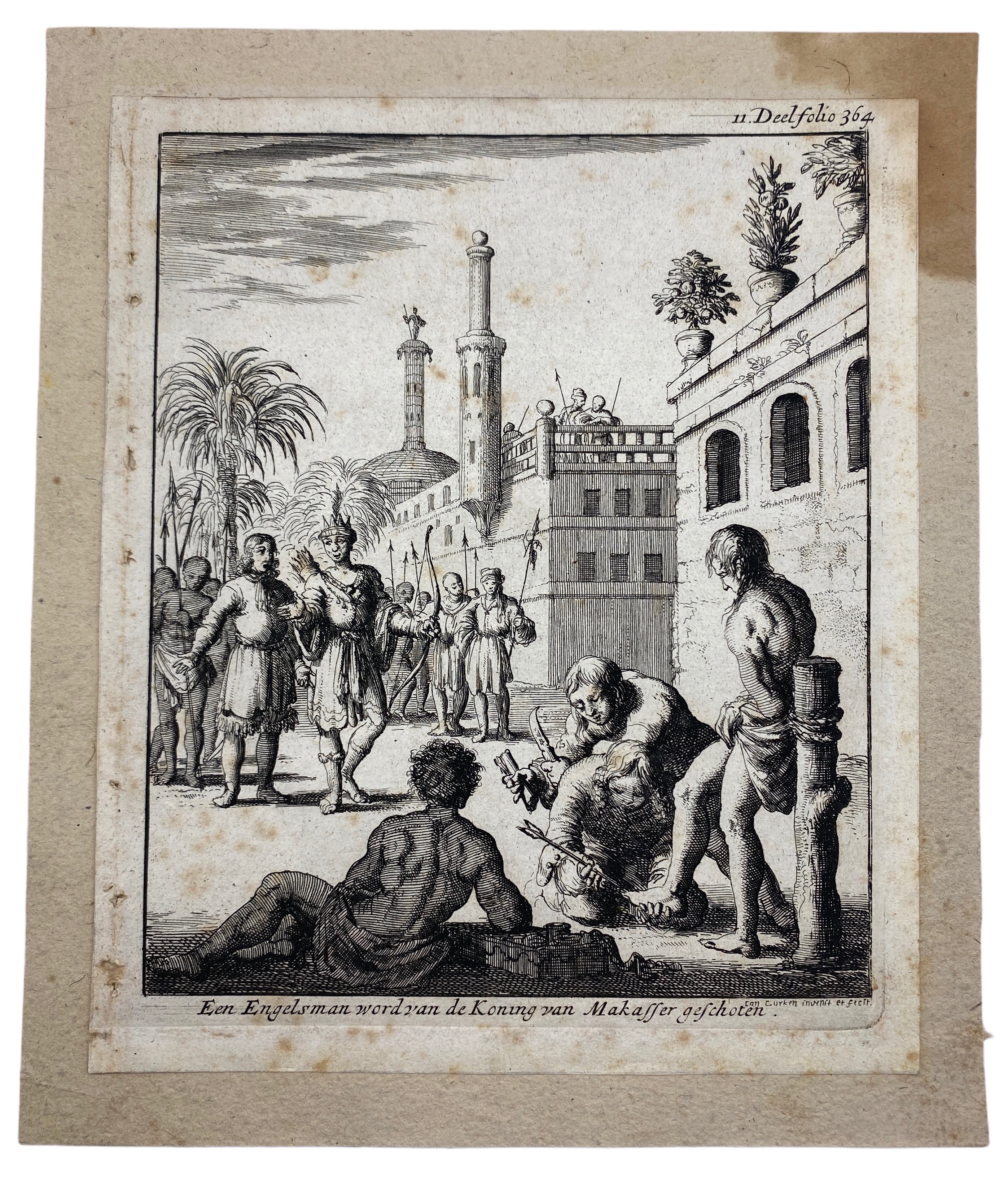 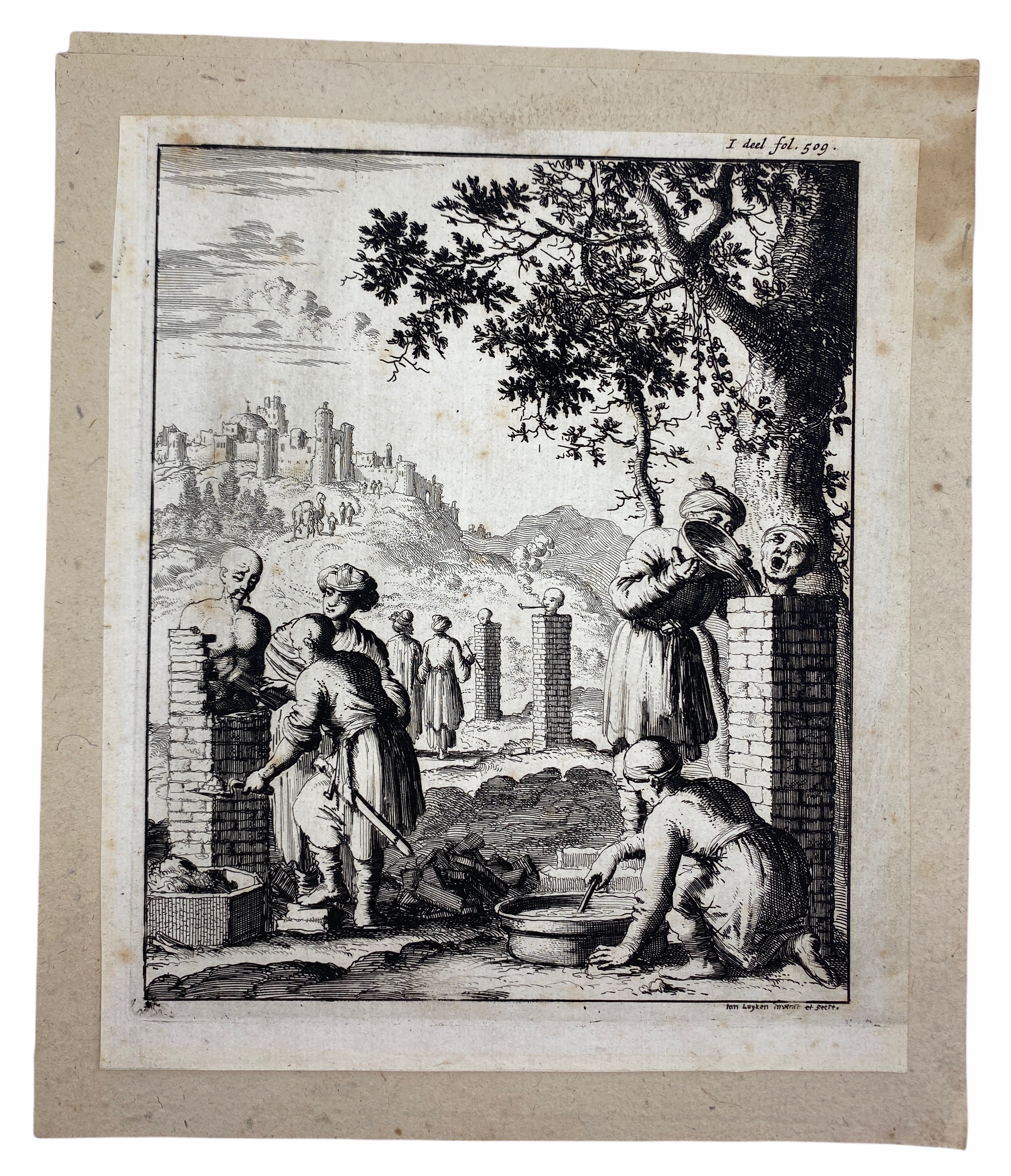 LUYKEN, Jan. Four engraved plates by Luyken from Jean-Baptiste Tavernier's work Les Six Voyages de Jean-Baptiste Tavernier. Amsterdam: The widow of Joannes van Someren. 1682. Four engraved plates by Jan Luyken, which were used to illustrate Tavernier's Six Voyages. Each is 17cm x 14cm and loosely attached to a paper backing sheet. Slight darkening and foxing, but overall are in good condition. The plates include "Wonderlyke wercking der Guygelaars" in which a wizard brings a small tree to life; "Een verwoede Fakir..." in which a frantic fakir stabs 13 Dutch sailors to death; "Een Engelsman word van Koning" in which the King waits with bow and arrow, ready to kill a tied up Englishman; and an unlabeled plate, which shows theives being bricked up in punishment (strangely, one has been given his pipe to smoke!).
€ 235 View exhibitor's highlights
Back to Top