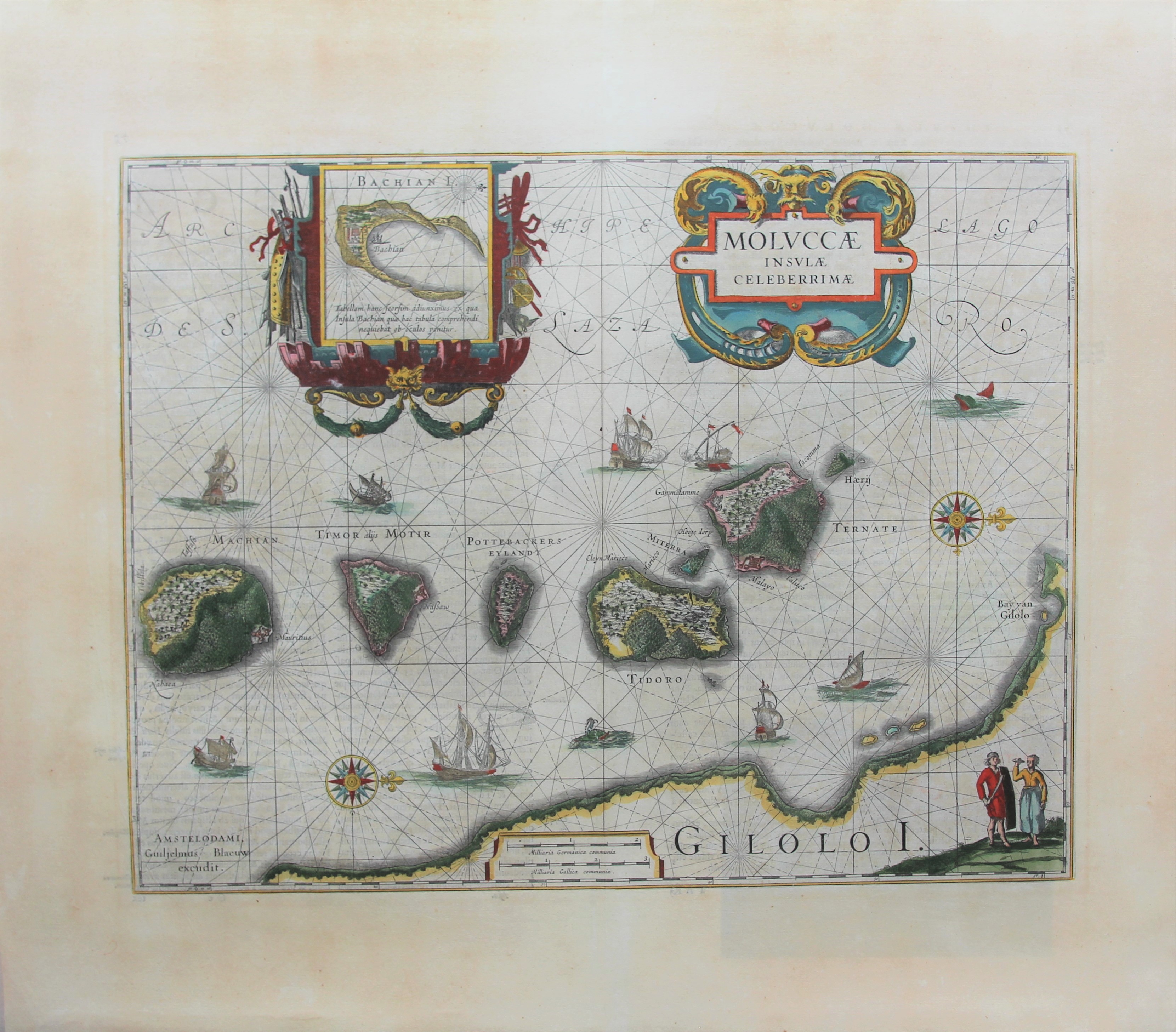 The Moluccas are a large Indonesian archipelago, located between Celebes, Timor and New Guinea. As early as the sixteenth century, European traders sailed to the area for spices. More specifically, Ternate, Tidore and Halmahera were very rich in cloves (which was from 1529 only traded in Lisbon and Antwerp), while Ambon and the (Moluccan) Banda Islands yielded a mixed production of cloves, nutmeg (data of 2012 show that Indonesia still produced 66% of all cloves and 75% of all nutmeg) and mace. Europeans loved these herbs and absolutely wanted to set up a trade in them.

The Portuguese Francisco Serrão was the first European to reach the Banda Islands and Ternate in 1512. From then onwards, the Portuguese kept a fortress on the latter island. The Moluccas were also on the itinerary of Magellan. Ternate and Tidore were the scene of the slow demise of the Magellan flagship Trinidad in 1521. The bitter rivalry between these two sultanates would soon be played out by the European powers. In his Itinerario, Van Linschoten had given an accurate description of the local situation and of the Portuguese settlements there. Under Wybrandt van Warwijck, a first Dutch contact with Ternate was made in 1599.

In 1605 the VOC expelled the Portuguese from Tidore and two years later the VOC negotiated an exclusivity contract with Ternate in exchange for military support. Two years later, this resulted in the construction of Fort Oranje on the island. But Spanish troops from the Philippines occupy another part of Ternate. Fort Oranje would remain the first headquarters of the Dutch East India Company (the VOC) in the East until they moved their base camp to Batavia around 1619. In 1662, the Spanish evacuated the Moluccas because they considered their troops necessary for the defense of the Philippines. Around the middle of the seventeenth century, the Dutch limited the production of cloves to the southern part of Ambon.

The Hondius family had already made a loose map of these northern Moluccas in the 1620s, showing Ternate, Tidore, Motir and Makian, as well as the southern Bachian as an inset (with the north on the right). Jodocus Hondius II engraved this map. After his death, many of his copper plates (as this one) were sold to Willem Blaeu. He replaced Hondius? name by his and continued to publish the map in the Atlantis Appendix from 1630 onwards. The map (which is oriented to the West) shows various fortresses. At the bottom is Gilolo Island, now known as Halmahera, the largest North Moluccan island. The House of Hondius-Janssonius made a new and more accurate representation of the spice islands in 1633 with Bachian as part of the normal map.


€ 900 View exhibitor's highlights
Back to Top