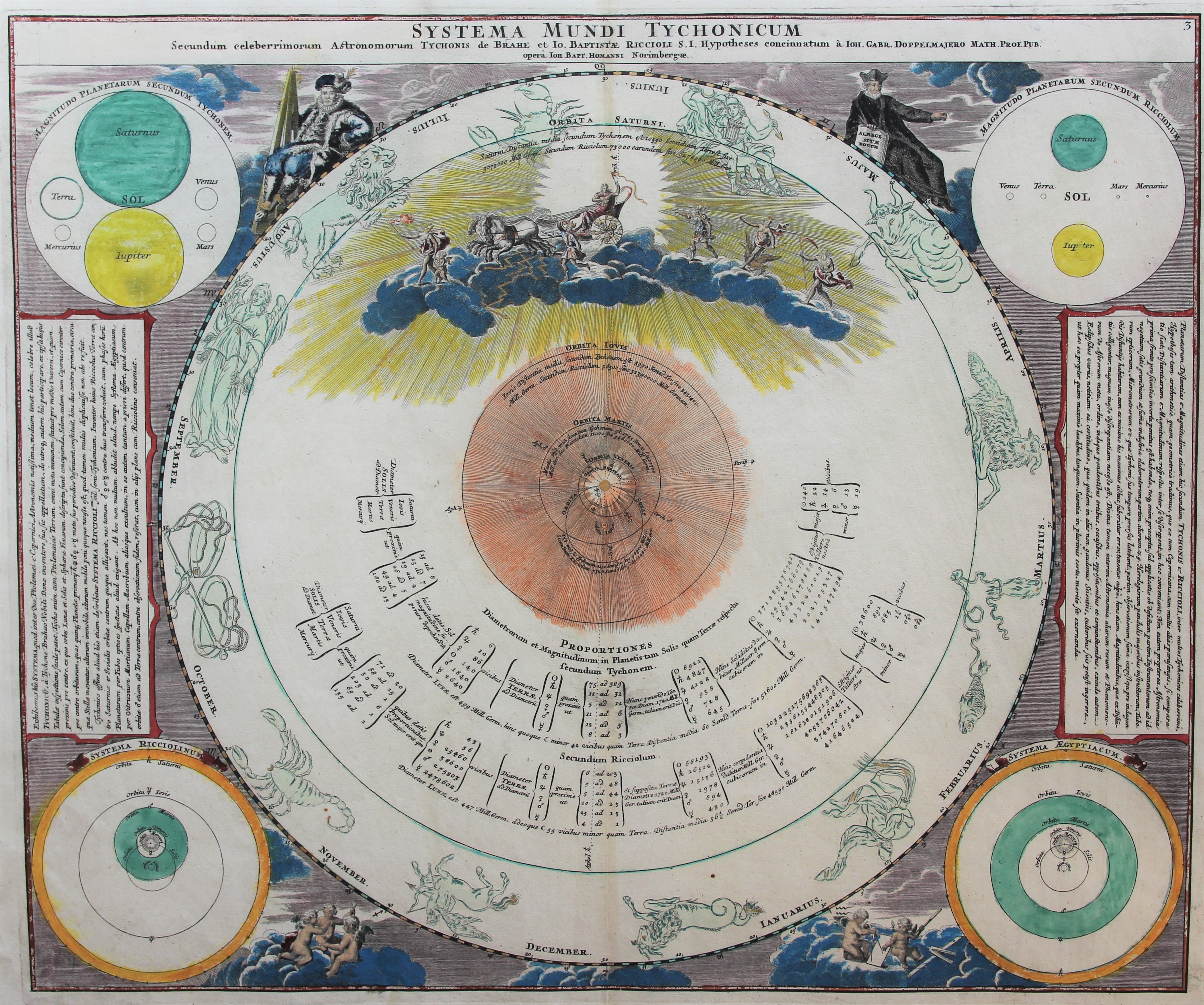 A superbly decorative chart from the important Atlas Coelestis of Johann Gabriel (1677-1750) . The map represents the Tychonic system of the World, that Tycho Brahe introduced in 1577, in order to maintain the central position of Earth and to give an exact description of the celestial motions.

During the 18th century this model competed with the Copernican system and was accepted by catholic astronomers that censured Galileo.

The main diagram shows Brahe?s theory that the sun revolves around the earth and the other planets revolve around the sun. In the corners are smaller diagrams showing alternative theories for the movement and size of celestial bodies. The main diagram is surmounted by Apollo driving his chariot across the sky and surrounded by constellations/signs of the zodiac. The chart was drawn by the mathematician J.G. Dopelmayr and published by the Homann publishing firm.

Portraits of Tycho Brahe and Riccioli are in the upper portion of the chart with diagrams of their planetary systems delineated in each corner. The map is further embellished with banks of clouds containing putti using scientific instruments.

€ 1.300 View exhibitor's highlights
Back to Top