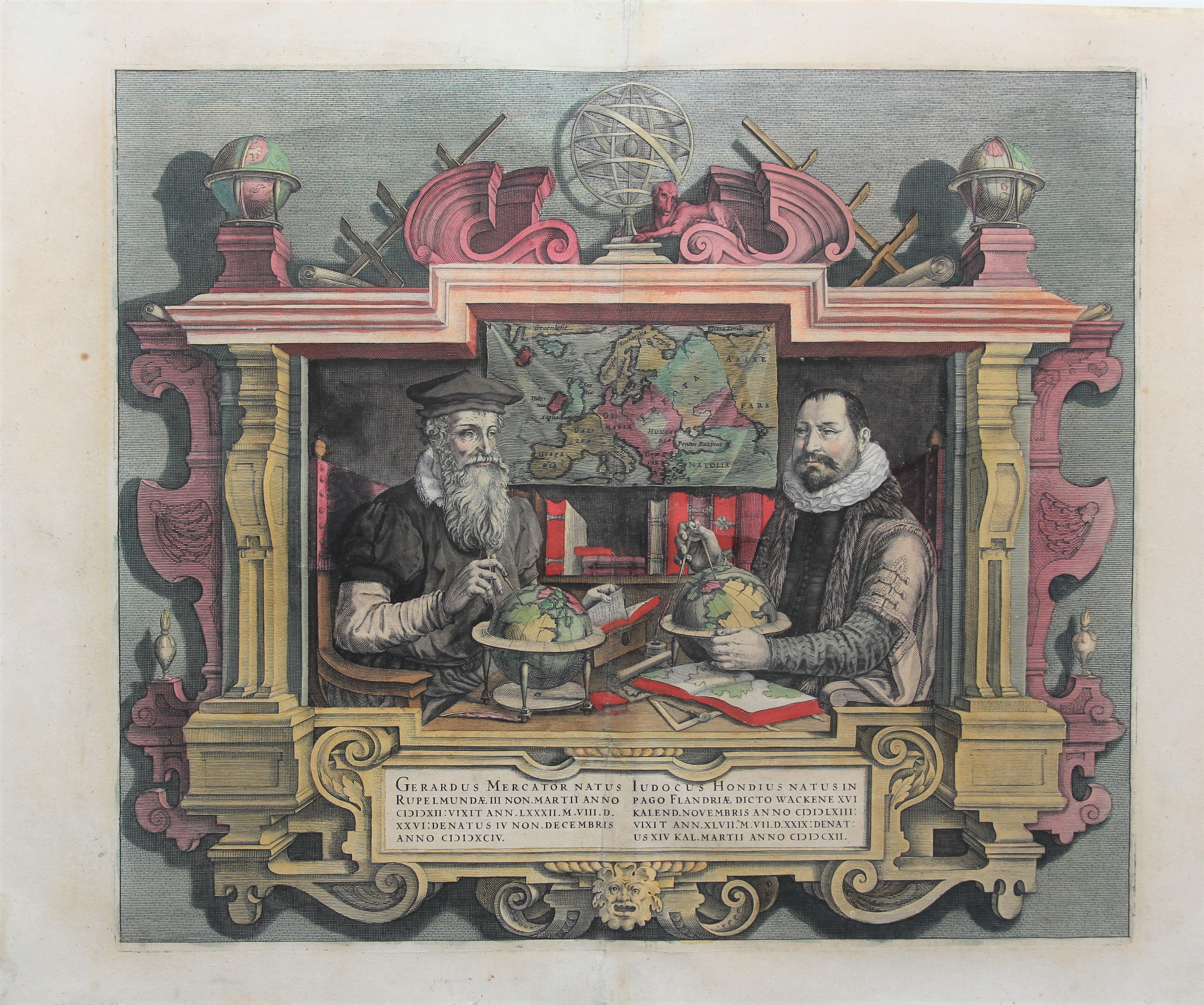 The mapmakers are depicted with globes and compasses in the hand. Below the portraits are references to their respective date and place of birth and the date of death. Immigrant from the South, Jodocus Hondius (sr.), had come into possession of the copper plates of Mercator?s family and this was the start for the success of his atlas, which was become known under the double name ?Mercator-Hondius atlas.? This purchase would be the beginning of the rise of the Hondius maphouse in Amsterdam. This double portrait is a tribute to Mercator and sets Hondius himself also in daylight.

It is unlikely that the two people ever met.

€ 2.650 View exhibitor's highlights
Back to Top